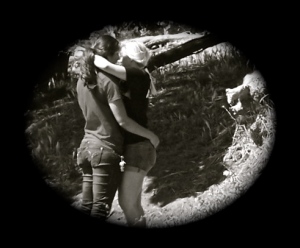 In researching other poets in preparation for the Squaw Valley Community of Writers, I’ve been especially impressed by an interview with Dawn McGuire, who is living one of the paths I would love to have lived. A neurologist, McGuire used to read her poetry with Judy Grahn, about whom ani diFranco states, “When I was nineteen I discovered the poetry of Judy Grahn, and I was so moved by “A Woman is Talking to Death“, it’s still one of my favorite poems.”

Grahn’s poem illuminates where we rise from as a people and where too many are still stuck. I don’t understand bigotry, cruelty, or a lack of empathy, but do know when someone finds a way to clearly expose it and trace its ripples. I’m relieved I couldn’t write “A Woman is Talking to Death,” because I wouldn’t want the experiences; however, I’d be grateful to write with this brilliance and power.

Poems, Prose, Photos & the Art of Being Human